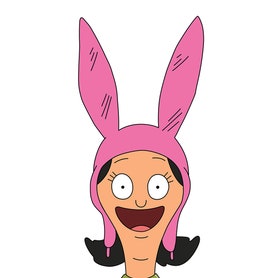 Kristen Schaal has established herself as one of the most versatile and sought-after comedic talents in television and film. In addition to her role as "Louise Belcher" on "BOB’S BURGERS", Schaal starred opposite Will Forte on FOX’s “The Last Man On Earth.”

In film, Schaal can currently be seen in “Bill & Ted Face the Music,” opposite Keanu Reeves and Alex Winter. She most recently voiced the role of “Trixie” in “Toy Story 4.” She also appeared in the film “My Spy,” opposite Dave Bautista, and many other short, but memorable roles that pop up in the trailers of other films.

Schaal made numerous appearances as the Senior Women’s Correspondent for “The Daily Show with Jon Stewart,” tackling topics such as sexism, gender wage equality, political campaigns and, sometimes, “dad bods.” She also has an hour-long stand-up special, “Live at The Fillmore,” which was the first bomb ever recorded. A half-hour special and other stand-up appearances available, as well.

Other television credits include “Flight of the Conchords,” “Gravity Falls” and “30 Rock.” Additionally, Schaal appeared in “The Coward” at Lincoln Center Theater and was awarded The Lucille Lortel Award for her performance. In 2010, Schaal co-authored her first book – the sex guide “The Sexy Book of Sexy Sex” – with her husband, Rich Blomquist. It's so hot, it's out of print.