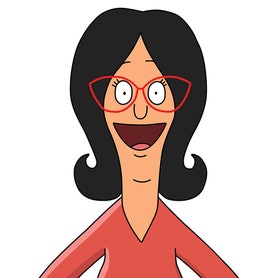 In addition to his role as "Linda Belcher" on "BOB’S BURGERS", Emmy Award nominee John Roberts has appeared several times on “Tonight Show with Jimmy Fallon,” “Watch What Happens Live with Andy Cohen” and “Archer.” He also is featured on Blondie’s 2018 critically acclaimed album, “Pollinator.”

Roberts has toured nationally with “Bob’s Burgers Live,” as well as two international tours with Margaret Cho. He currently performs at colleges all over the country. Roberts first gained national attention as one of YouTube’s original pioneers. His first viral video, “The Christmas Tree,” was hailed as an instant comedy classic and was nominated for a broadband Emmy Award. The follow up, “Jackie & Debra,” won the Comedy Smalls Award in London and has a huge cult following, both young and old. His work has over 30 million views on YouTube.

His first music EP, “John Roberts,” produced by Big Black Delta was released in July of 2019. His single, “Looking,” reached the Top Ten on U.K. dance charts. Currently, Roberts is working with music producer Junior Sanchez. A new single, “Freaks” will be released October 31, 2020, followed by a full album in 2021, produced by Sanchez and featuring Beth Ditto and Debbie Harry.