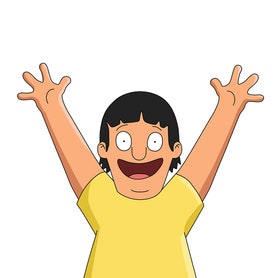 Comedian and actor Eugene Mirman immigrated from Moscow with his family at age four. He grew up in Lexington, MA, attended Hampshire College, where he designed his own comedy major doing a one-hour stand-up set as his thesis, and has since gone on to a successful career on TV, stage and film.

As a stand-up, Mirman started his career in Boston, before moving to New York, where he was one of the kingpins in the city’s early alt-comedy scene. Mirman has two stand-up specials, and his comedy special, “Vegan on His Way to the Complain Store,” is available for streaming. He has released five comedy albums, including his latest for Sub Pop Records, titled “I’m Sorry (You’re Welcome),” which was released in multiple formats, including a nine-volume digital set, seven LPs, a chair and a robe.

As a touring headliner, Mirman has performed on stages around the world and at festivals, including Edinburgh Fringe, Sasquatch, Bonnaroo, SXSW and SF Sketchfest. Along with Julie Smith Clem, Mirman co-founded the comedy production company “Pretty Good Friends,” which began as a weekly comedy show in Brooklyn and grew into tours, large outdoor shows and TV and radio projects.

Out of these shows, Mirman and Clem also created the Eugene Mirman Comedy Festival which started as a joke and became an annual institution in Brooklyn for ten years. The festival also spawned the documentary film "It Started As A Joke," which celebrates Mirman's unique brand of humor and his role in the alternative comedy movement, providing a window into his personal life in the process.