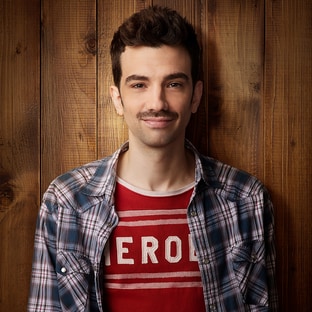 Jay Baruchel most recently starred for three seasons in the critically acclaimed cable comedy series “Man Seeking Woman,” based on Simon Rich's book, “The Last Girlfriend On Earth,” and executive-produced by Lorne Michaels.

Baruchel co-wrote the hockey-themed cult feature film “Goon” with Evan Goldberg and was nominated for two 2013 Canadian Screen Awards for Best Supporting Actor and Adapted Screenplay. He then reprised his role in “Goon: Last of the Enforcers,” which he also co-wrote and on which he made his directorial debut. Other selected film credits include “This Is The End,” “Knocked Up,” “She's Out Of My League,” “Tropic Thunder,” “The Trotsky,” “The Sorcerer’s Apprentice” and the Academy Award-winning Best Picture “Million Dollar Baby.” He also voiced the lead role of “Hiccup” in the “How To Train Your Dragon” franchise. Combined, all three films grossed more than $1.6 billion dollars worldwide.