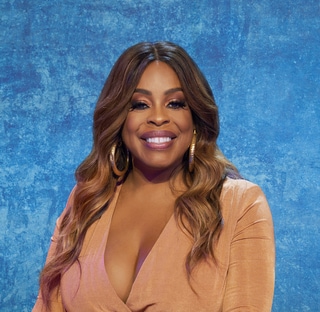 Niecy Nash is a multi-talented Emmy Award-winning producer and three-time-nominated actress. Her multifaceted career includes roles in the premium cable series “Getting On,” which earned her two Emmy Award nominations; creator/director Ava DuVernay’s streaming series, “When They See Us” (which earned her a third Emmy nomination and an NAACP Image award), based on the exonerated Central Park Five; FOX's “Scream Queens”; premium cable series “Masters of Sex”; and cable comedy “The Soul Man.” Nash currently headlines the cable series “Claws.”  She also has expanded her repertoire to include directing.

The protean actress was the host and producer of the cable home makeover show “Clean House.” Her work on the show earned her two Daytime Emmy Award nominations, and the American Women in Radio & Television honored Nash with the 2007 Gracie Allen Award for Outstanding Program Host. In addition, she regularly was seen as a celebrity panelist on the top-rated entertainment news program “The Insider.”

Nash is well-known for her role as no-nonsense “Officer Raineesha Williams” on the hit comedy series “Reno 911!,” a half-hour unscripted spoof of “Cops” that aired for six seasons.  The cult series was rebooted with a new iteration airing on the streaming network Quibi in 2020. The show was so popular that it was spun-off into a feature film, “Reno 911: Miami,” in 2007. Nash went on to star in her own FOX comedy series, “Do Not Disturb,” opposite Jerry O'Connell, in 2008.

Nash had featured roles in the films “Selma”; “Guess Who,” opposite Bernie Mac and Ashton Kutcher; “Code Name: The Cleaner,” opposite Cedric the Entertainer and Lucy Liu; “Not Easily Broken,” based on the best-selling book by Bishop T.D. Jakes; and the Walt Disney Pictures summer blockbuster release “G-Force,” produced by Jerry Bruckheimer. Most recently, she starred opposite Courtney Vance in the streaming film “Uncorked.”

Nash's television credits are another testament to her talent. Her style, humor and quick wit garnered her a stint as a correspondent on “The Tonight Show with Jay Leno.” She also is well-known for her recurring role on the Peabody Award-winning comedy series “The Bernie Mac Show,” portraying Bernie's uproarious baby sister, “Benita.” Other recurring roles include TV's “Presidio Med,” “That's Life,” “Popular” and “City of Angels.” Also included on her resume are guest-starring roles on such top-rated series as “My Name Is Earl,” “Monk,” “CSI: Crime Scene Investigation,” “Girlfriends,” “NYPD Blue,” “That's So Raven,” “One on One,” “Judging Amy” and “Reba.”

Additionally, Nash is developing various television and film projects through her own production company, Chocolate Chick, Inc. In her rare spare time, she is devoted to church and participating at charitable functions in support of causes that are close to her heart, including the prevention and awareness of HIV/AIDS, breast cancer, school violence and domestic abuse, among others. In July 2018, the Hollywood Chamber of Commerce honored Nash with a star on the Hollywood Walk of Fame to celebrate her career.