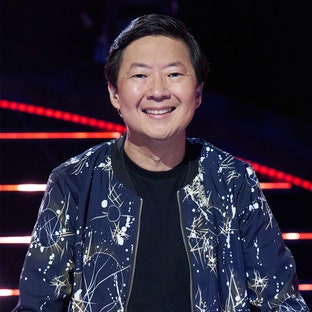 Actor, producer and writer Ken Jeong has established himself as one of today’s top comedic stars. He is currently a panelist on the hit unscripted series THE MASKED SINGER and the host of I CAN SEE YOUR VOICE, both airing on FOX. Jeong appeared in the smash hit comedy “Crazy Rich Asians” and, in 2019, he reteamed with the award-winning film’s director, John M. Chu, on his first-ever comedy special, “Ken Jeong: You Complete Me, Ho.” Jeong is best known for his roles on “Dr. Ken,” for which he also served as the creator, writer and executive producer; the network comedy “Community”; and “The Hangover” franchise. He recently was seen in the 2019 action comedy “My Spy” and will next appear in the comedy “El Tonto.”