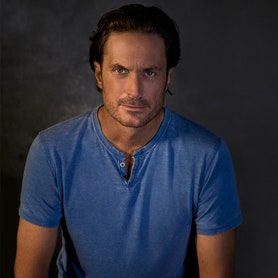 Oliver Hudson most recently starred opposite Jenna Fischer in the comedy series “Splitting Up Together,” after previously starring opposite David Spade and Patrick Warburton in the long-running sitcom “Rules of Engagement,” for producer Adam Sandler. Hudson also had recurring roles on Ryan Murphy’s acclaimed show, “Scream Queens,” and on the hit show “Nashville.”

Other recent credits include Robert Zemeckis’ streaming miniseries “Medal of Honor,” as well as the Chris Columbus-produced streaming feature “The Christmas Chronicles,” alongside Kurt Russell.

Hudson began his acting career with a recurring role as a love interest to Katie Holmes on "Dawson’s Creek,” and subsequently starred on shows “The Mountain" and “My Guide to Becoming a Rock Star.”