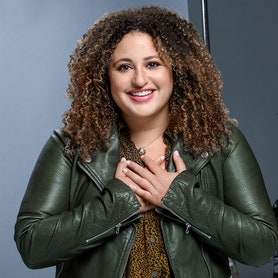 Originally from Los Angeles, Simone Recasner has been acting on the stage for many years.

In New York, Recasner starred in “Ain’t No Mo” at The Public Theater. She also participated in The Director’s Lab at Lincoln Center Theater, and starred in regional theatrical productions, including “Pride and Prejudice,” at the Pittsburgh Public Theater.