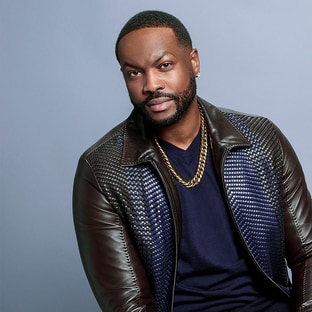 Ser’Darius Blain is known for his work as one of the stars of the “Jumanji” film franchise. Collectively, “Jumanji: Welcome to the Jungle” and “Jumanji: The Next Level” have grossed more than $1.75 billion at the global box office. Blain previously starred in “When The Game Stands Still,” an inspirational sports drama directed by Thomas Carter.

His feature film debut was in the 2011 remake of “Footloose.” Additional feature credits include “Bolden,” the biopic of the iconic New Orleans jazz legend Buddy Bolden; war drama “The Last Full Measure,” in which he played a younger Samuel L. Jackson; and the 2014 Sundance film “Camp X-Ray,” opposite Kristen Stewart. He would find himself working alongside Stewart again in the 2019 biographical thriller “Seberg.”

On the small screen, he was a series regular on the reboot of “Charmed,” and recurred in cable series “Survivor’s Remorse.” Other credits include “Shameless,” “Chicago P.D.,” “NCIS” and “The Vampire Diaries.”

Blain also is the founder and CEO of the luxury travel company Top Shelf Getaways, specializing in curated group trips.