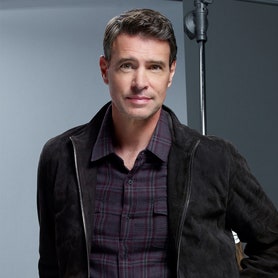 Scott Foley is an actor, producer and director who has starred in various critically acclaimed television series and movies.

Most recently, Foley appeared on Ellen DeGeneres’s reality competition show, “Ellen’s Next Great Designer.” As a host and a judge, he brought his passion and enthusiasm for furniture design to the show.

In 2019, he starred in and produced the dramedy “Whiskey Cavalier.” Foley’s television credits also include the hit drama “Scandal,” “Felicity,” “True Blood,” “Grey’s Anatomy,” “The Unit,” “A.U.S.A” and “Scrubs.”

Foley made his feature film debut in Wes Craven’s “Scream 3.” He followed that with a leading role in “Below,” opposite Matthew Davis; and the indie feature “Rennie’s Landing,” opposite Ethan Embry and Peter Facinelli. Foley’s other film credits include “Let’s Kill Ward’s Wife,” which he wrote, directed and produced; the TV movie “Final Vision”; and “Naked.”

Foley made his Broadway debut in “The Violet Hour.” In 2014, Foley starred in Donald Margulies’ “The Country House” at the Geffen Playhouse.

Born in Kansas City, KS, Foley has lived all over the world, including Sydney, Australia, and Tokyo, Japan. He attended high school in St. Louis, MO, performing in school and community theater productions. After graduating high school, he bought a one-way plane ticket to Los Angeles.