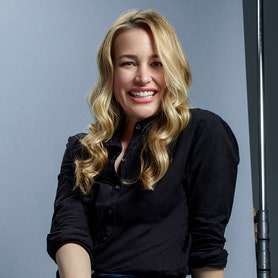 Golden Globe-nominated Piper Perabo is one of the most talented and versatile actresses working today.

Last fall, Perabo starred opposite Charlie Plummer and Katherine Langford in Awesomeness Films’ YA sci-fi drama, “Spontaneous,” from writer and director Brian Duffield. Last spring, she starred in the premium cable series “Penny Dreadful: City of Angels,” a spinoff of the horror drama series, opposite Nathan Lane, Amy Madigan and Adam Rodriguez. She will be featured in the upcoming fourth season of the cable drama “Yellowstone,” opposite Kevin Costner and Kelly Reilly.

Perabo’s past television credits include the legal drama “Notorious,” in which she starred alongside Daniel Sunjata. She also starred and produced the cable spy drama “Covert Affairs” for five seasons (and produced two). Perabo’s performance earned her a Golden Globe Award nomination, People’s Choice Award nomination and a Gracie Awards win.

On the big screen, Perabo was seen in the 2019 film “Angel Has Fallen” with Gerard Butler, Morgan Freeman and Jada Pinkett Smith. Earlier that same year, she starred in the comedy series “Turn Up Charlie,” opposite Idris Elba.

Perabo’s previous film credits include the “Cheaper by the Dozen” franchise, in which she played the eldest daughter to Steven Martin and Bonnie Hunt; David McNally’s classic film, “Coyote Ugly”; her film debut in the comedy “White Boyz”; the romantic comedy “Imagine Me & You,” with Lena Heady and Matthew Goode; the crime drama “10th & Wolf,” with an ensemble cast that included James Marsden and Dennis Hopper; the thriller “Black Butterfly,” opposite Antonio Banderas and Johnathan Rhys Meyers; Christopher Nolan’s 2007 film, “The Prestige,” with Hugh Jackman and Christian Bale; “Because I Said So,” with Diane Keaton and Lauren Graham; and “First Snow,” opposite Guy Pearce and Adam Scott. She also starred alongside Bruce Willis, Joseph Gordon Levitt, Emily Blunt and Jeff Daniels in the sci-fi action film “Looper” and appeared in the film “Carriers,” opposite Chris Pine. Additionally, she was seen in John Glenn’s “The Heaven Project,” with Paul Walker; and “Beverly Hills Chihuahua,” alongside Jamie Lee Curtis.

In May 2009, she made her stage debut in Neil Labute’s controversial play, “Reasons to be Pretty,” directed by Terry Kinney. She co-starred alongside Alison Pill, Thomas Sadoski and Pablo Schreiber. “Reasons to be Pretty” earned a Tony Award nomination for “Best Play.” In Fall 2015, Perabo returned to the stage in the MCC Theater’s Off-Broadway production of “Lost Girls.”

Outside of her work on screen and stage, Perabo became an IRC Voice to raise awareness of the refugee crisis in Europe and help those displaced by conflict, religious persecution and political oppression around the globe.