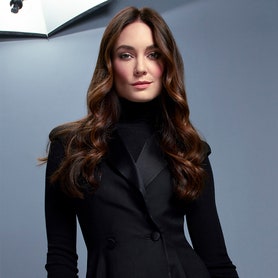 Mallory Jansen is an Australian actress, born and raised in Melbourne. She studied drama in New York at Stella Adler and T. Schreiber Studios, and was coached by some of the world’s best acting, accent, analysis, method and film teachers.

After completing her studies, Jansen returned to Australia, where she quickly scored roles on a string of miniseries hits. They included “Howzat! Kerry Packer’s War,” “Mr. & Mrs. Murder” and “Twentysomething.” It was her role as supermodel Helena Christensen, on “Never Tear Us Apart: The Untold Story of INXS,” that made a name for her in Australian TV.

In 2013, she moved to Los Angeles, where she began recurring on the cable series “Young & Hungry,” shortly followed by another recurring role on “Baby Daddy.”

Jansen then went on to star in the medieval musical comedy series “Galavant,” written and created by Dan Fogelman. The series featured original musical numbers from award-winning composer and Broadway legend Alan Menken. Jansen garnered critical acclaim for her portrayal of the sharp-tongued and hilariously evil “Queen.”

After wrapping the second season of “Galavant,” Jansen was cast in the fourth season of the hit series “Marvel's Agents of S.H.I.E.L.D.” Over the course of the season, she portrayed three different roles: “Aida,” an artificial intelligence Life Model Decoy; “Agnes Kitsworth,” “Radcliffe's” former Australian lover; and “Madame Hydra,” the iconic Marvel comic book character.

Other TV appearances include “This Is Us,” “American Housewife” and a recurring role as “Special Agent Margo James” in the action-packed cable series “Shooter.”