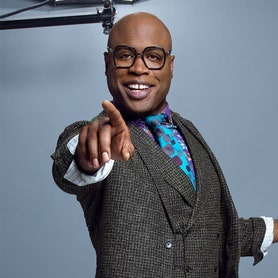 Kevin Daniels is an American actor who can be seen in various television series and movies of all genres.

After graduating from Julliard, Daniels made his Broadway debut in Shakespeare’s “Twelfth Night.” In 2012, Daniels played the lead role of Magic Johnson in Broadway’s “Magic/Bird.”

In 2014, he starred for two seasons as “Hank St. Clare” in the FOX comedy series “Sirens.” Daniels had a recurring role on the critically acclaimed series “Modern Family,” in which he played “Longinus.” Some of his other television credits include appearances on “Atypical,” “The Orville,” “Why Women Kill,” “Coop & Cami Ask the World” and “Council of Dads.”

Daniels’ film credits include “The Island,” “Raze,” “Ladder 49,” “The Watcher” and “A Typical Wednesday.”