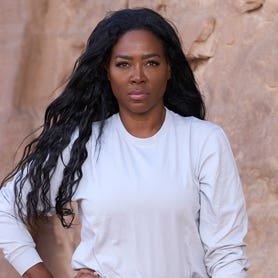 Kenya Moore is best known to her legion of fans as a star of the #1 rated housewives show, “The Real Housewives of Atlanta,” and has been a part of the hit franchise for 10 seasons. Recently, fans got to see a different and softer side of Moore when she appeared on “Dancing With The Stars” for their 30th anniversary season. She also mixed it up with the Housewives All Stars in the first season of “Real Housewives: Ultimate Girls Trip.” Additionally, she is the founder and CEO of the highly successful hair care line Kenya Moore Hair Care and serves as an ambassador for The Baby Quest Foundation. Moore enjoys being a mom to her 3 1/2-year-old daughter, Brooklyn. The world first met Moore in 1993 when she made history becoming the second Black Miss USA in history.