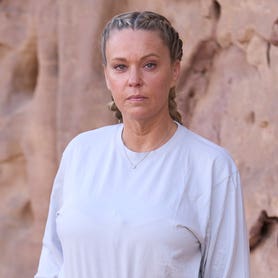 American television personality and best-selling author Kate Gosselin is a registered nurse and mother of twins and sextuplets. Gosselin and her family were featured in two successful American reality television series, “Jon And Kate Plus 8” and later “Kate Plus 8.” Both series focused on the challenges and joys of raising eight children, including twins Cara and Mady, and sextuplets, Alexis, Hannah, Aaden, Collin, Leah and Joel. Gosselin also is an author and has written three non-fiction books, including two New York Times best-selling books, “Multiple Blessings” (2008) and “Eight Little Faces” (2009), followed by “I Just Want You To Know” (2010). She also is a cookbook author. Gosselin has made a number of guest appearances including participation as a contestant on “Dancing With The Stars” and “Celebrity Apprentice,” as well as guest co-hosting several episodes of “The View.”