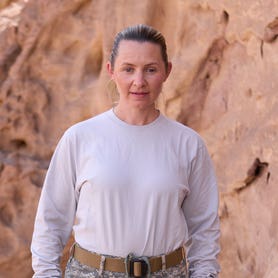 Beverley Mitchell is an actress best known for her starring role as the emotional yet lovable Lucy Camden on the hit series “7th Heaven.” With 11 seasons, “7th Heaven” remains the longest running family drama in history, surpassing even “The Waltons” and “Little House On The Prairie.” After “7th Heaven,” Mitchell was cast as “Katelyn O’Malley” on the hit show “The Secret Life of the American Teenager.” Prior to “7th Heaven,” Mitchell had a recurring role on the comedy series “Phenom” and guest starred on a number of series, including “Melrose Place,” “Quantum Leap” and “Baywatch.” She also has starred in several TV movies, including “A Gift Wrapped Christmas,” “Get Out Alive,” “Hometown Christmas,” “Post Mortem,” “Right On Track,” “White Dwarf,” “Mother of the Bride” and the miniseries “Sinatra.” Mitchell made her feature film debut in “The Crow: City Of Angels,” which she followed up with the horror/thriller “Saw II.” She also starred in two seasons of the hit mockumentary series “Hollywood Darlings,” starring opposite Christine Lakin and Jodie Sweetin. She is currently working with her husband and kids on a new project, “In With The Old,” where they renovate their ancestral home of over 100 years old.  She and her husband Michael (married since 2008) are fully dedicated to their young family, Kenzie (9), Hutton (7) and Mayzel (2).