Back to Showtime at the Apollo

SHOWTIME AT THE APOLLO is a one-hour weekly series, featuring Emmy Award-winning personality Steve Harvey as host. It is a reimagining of the classic talent showcase series.

A brand-new, holiday-themed SHOWTIME AT THE APOLLO: CHRISTMAS aired Thursday, December 14. Featured in the series are elements from the Apollo’s legendary Amateur Night – the long-running, live talent competition, now in its 82nd year – which provides a platform for up-and-coming artists to perform in front of the toughest audience in the world. The Apollo audience is famed as one of entertainment’s most boisterous and brutally honest, and those amateurs who don’t win them over must endure the wrath of this notorious crowd.

The Apollo Theater launched the careers of many iconic artists, including James Brown, Stevie Wonder, Lauryn Hill, Michael Jackson and The Jackson Five, D’Angelo and countless others. Its venerable stage show, Amateur Night at the Apollo, has long been revered by artists as a transformative experience during which up-and-coming talent feel the power of the legendary performers who have come before them, while audience response can help make or break a career.

Watch videos and playlists from all your favorite “Showtime at the Apollo” performers on Music Choice. 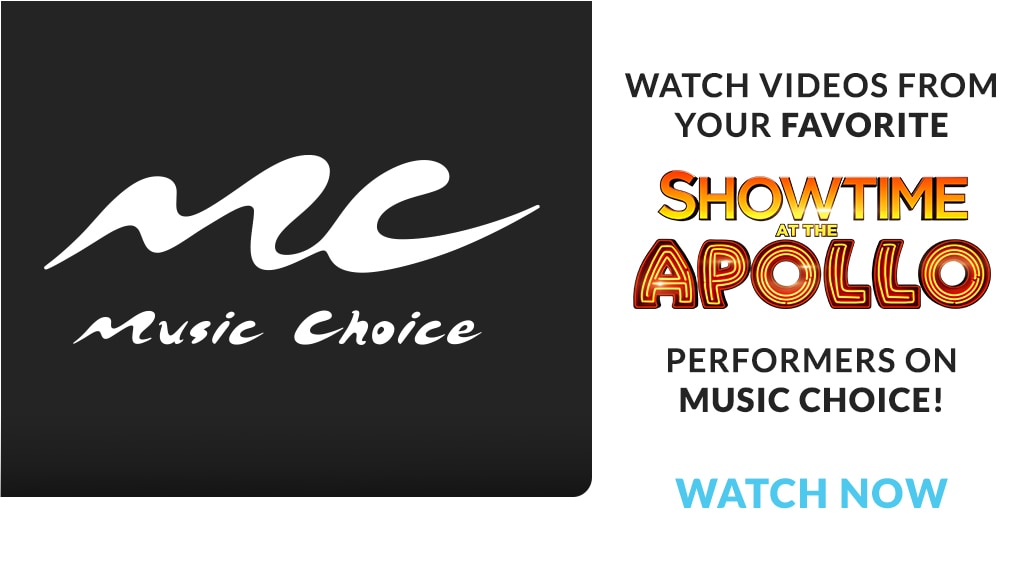 About the Apollo Theater
The legendary Apollo Theater – the soul of American culture – plays a vital role in cultivating emerging talents and launching legends. Since its founding, the Apollo has served as a center of innovation and a creative catalyst for Harlem, the city of New York and the world. With music at its core, the Apollo’s programming extends to dance, theater, performance art, spoken word initiatives and more. This includes the October 2014 premiere and 2015 international tour of the dance celebration project “James Brown: Get on the Good Foot”; the annual Africa Now! Festival; Apollo Club Harlem; and the 2016 New York premiere of the opera “Charlie Parker’s YARDBIRD.” The Apollo is a presenting organization that also produces festivals, large-scale dance and music works organized around a set of core initiatives: Apollo Music Signature Programs – Amateur Night, Salon Series and Apollo Music Café; Legacy Series – work that celebrates and extends the Apollo’s legacy through a contemporary lens; Global Festivals, including the Women of the World (WOW) Festival and Breakin’ Convention; international and U.S.-based artist presentations focused on a specific theme; and Special Projects – multidisciplinary work with partner organizations. Since introducing the first Amateur Night contests in 1934, the Apollo Theater has served as a testing ground for new artists working across a variety of art forms, and has ushered in the emergence of many new musical genres – including jazz, swing, bebop, R&B, gospel, blues, soul, and hip hop. Among the countless legendary performers who launched their careers at the Apollo are D’Angelo, Lauryn Hill, Machine Gun Kelly, Miri Ben Ari, Ella Fitzgerald, Sarah Vaughan, Billie Holiday, James Brown, Michael Jackson, Gladys Knight, Luther Vandross and Stevie Wonder; and the Apollo’s forward-looking artistic vision continues to build on this legacy. The Apollo Theater is a not-for-profit organization with the mission to extend the institution’s role in fostering artistic innovation and in building appreciation of American culture around the world. For more information, visit www.apollotheater.org.