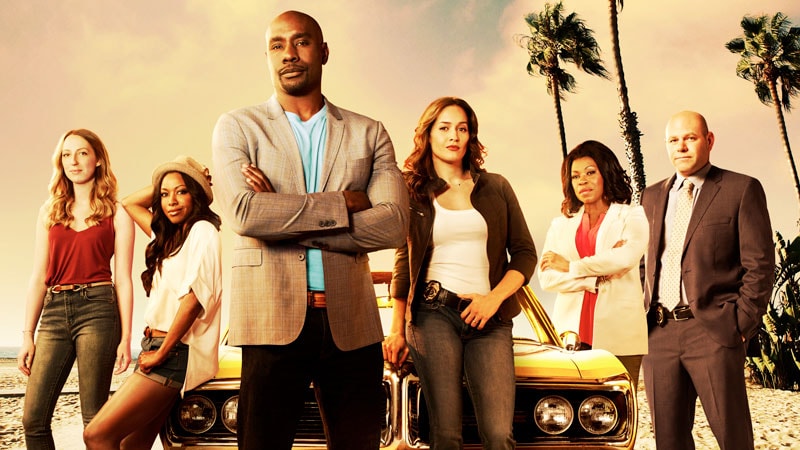 From executive producer Todd Harthan, Rosewood is a medical procedural drama that ran for two seasons from 2015 to 2017. The series follows Dr. Beaumont Rosewood, Jr. (Morris Chestnut), Miami’s top private pathologist. Brilliant, cool and with tons of charisma, Rosewood works alongside tough-as-nails Detective Annalise Villa (Jaina Lee Ortiz), to uncover clues that no one else sees, and help the Miami PD solve its most challenging cases.

Joining Rosewood in his practice are his sister and “toxicology queen,” Pippy (Gabrielle Dennis); and DNA specialist Tara Milly Izakoff aka TMI (Anna Konkle), who is Pippy’s former fiancée. Rosewood’s mom, Donna (Lorraine Toussaint), retired from her high school principal position, divorced her husband and joined her children in the lab as a sometimes-overly involved co-worker. Rounding out the cast is Detective Ira Hornstock (Domenick Lombardozzi), who is a great team leader but is terrible at managing his own life, and East Miami Police’s newest member, Captain Ryan Slade (Eddie Cibrian, “Baby Daddy,” “CSI: Miami”), a man with a mysterious past, who will both challenge and complicate an already messy situation between Rosewood and Villa.

Plagued with his own set of medical ailments, Rosewood believes that every moment of life, no matter how small, should be embraced and lived to the fullest. This heightened awareness allows him to see details on bodies that others cannot. But what drives him most are the victims who are stripped of life’s moments.

The first season of Rosewood introduces viewers to Dr. Rosewood and the rest of his team as they solve cases involving an ex-con with ties to a Haitian gang, a serial killer, two bodies and cash found on a beach, the murder of a jingle writer and more.

As the first season ended, the decks were cleared for Rosewood and Villa to finally act on their feelings. Rosewood stumbled on some information that forced him to embark on his own private investigation without Villa, and what he found could change their relationship forever. This season, Rosewood and Villa go to New York City to solve the murder of her husband, Eddie, and take on cases involving college fraternities, plastic surgery, treasure-hunting and Santeria.

Eddie Cibrian joins the main cast as Captain Ryan Slade this season, while Sam Huntington is promoted to star billing as Mitchie Mendelson.

Rosewood is produced by Temple Hill, in association with 20th Century Fox Television. The series was created by Todd Harthan. The series is executive-produced by Harthan, Wyck Godfrey, Marty Bowen, Andy Berman and Daran Sarafian.

Are you a fan of Rosewood? You may also enjoy these other series featuring members of the Rosewood cast.