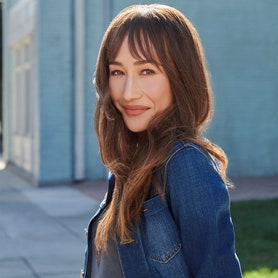 Actress Maggie Q is a humanitarian, an activist for animal rights and a health advocate for all.

From 2016-2019, she starred as “F.B.I Agent Hannah Wells” on the network drama “Designated Survivor.” She is perhaps best known for her role as “Nikita” on the network action series of the same name.

She recently wrapped the action-thriller “The Asset,” opposite Michael Keaton and Samuel L. Jackson. Most recently, Q starred in “The Death of Me,” alongside Luke Hemsworth, and in the drama “The Argument.”

Her past films include the reboot of “Fantasy Island,” opposite Lucy Hale and Michael Pena; the box office hit “Divergent,” alongside Shailene Woodley, Kate Winslet and Naomi Watts; and its sequel, “Allegiant.” Additional film credits include “Mission Impossible III,” “Live Free or Die Hard,” “Deception,” “New York, I Love You,” “Balls of Fury,” “House of Harmony,” “Rush Hour 2,” “The Warrior and the Wolf,” “Dragon Squad,” “Naked Weapon,” “Gen-Y Cops” and Daniel Lee’s “Three Kingdoms: Resurrection of the Dragon.”

Q is a native of Honolulu, HI, and has traveled the globe since her upbringing. She is an animal and human rights activist, through her support of programs such as PETA, Best Friends, WildAid, Kageno and the Washington D.C.-based PCRM (Physicians Committee for Responsible Medicine). Her love for the planet and our oceans led her to create the activewear company QEEP UP, made from 100% recycled materials pulled from the ocean and made in the U.S. As its founder, Q is able to realize her dream of connecting passion to purpose, weaving together the elements of her life and career. With her singular compassion as the cornerstone, Q is creating a new nation of earth warriors who share her all-encompassing love of the planet.