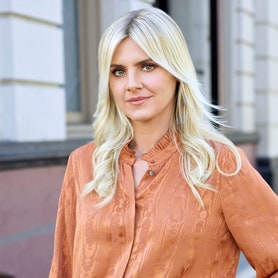 Eliza Coupe most recently starred as one of the leads in the streaming series “Future Man,” opposite Josh Hutcherson, Derek Luke and Haley Joel Osment, and executive-produced by Seth Rogen and Evan Goldberg. Coupe is best known for starring in the critically acclaimed and cult comedy favorite “Happy Endings” for three seasons.

Coupe starred as the series lead in the 2016 comedy series “Benched.” She had recurring roles on “House of Lies”; Jason Reitman’s streaming comedy, “Casual”; “Quantico,” opposite Priyanka Chopra; and “The Millers,” opposite Will Arnett. She previously starred in “Scrubs.”

Film credits include “Naked,” opposite Marlon Wayans; “Making Babies,” opposite Steve Howey; and “The Last Time You Had Fun,” opposite Demetri Martin, Mary Elizabeth Ellis and Kyle Bornheimer.