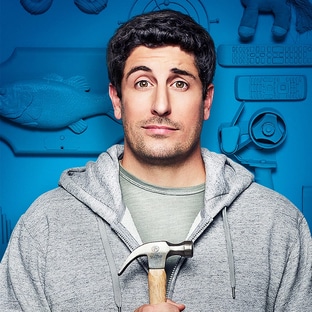 Jason Biggs is a versatile and talented actor, known for both his dramatic and comedic talents across film, television and stage. He most recently was seen in “Jay and Silent Bob Reboot” and in the independent film “Who We Are Now,” opposite Julianne Nicholson, which premiered at the Toronto Film Festival. He also was seen in the feature “Angry Angel,” produced by Will Gluck. Prior to that, Biggs starred as “Larry Bloom” in the streaming series “Orange is the New Black.” He also is known for providing the voice of “Leonardo” in the “Teenage Mutant Ninja Turtles” TV series. Biggs’ other starring roles include the “American Pie” film series, “Loser,” “Jersey Girl,” “Saving Silverman,” “Eight Below,” “My Best Friend's Girl,” “Lower Learning” and “Anything Else,” for Woody Allen. He also appeared on hit TV shows “Frasier,” “Will & Grace,” “Mad Love,” “The Good Wife” and “Deadbeat.”