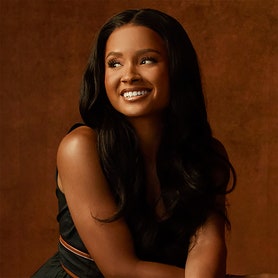 Rhyon Nicole Brown was featured in FOX’s “Empire” as “Maya,” a highly trained ballerina and vocalist with a flare for getting what she wants. This fall, she will star in the cable telefilm “A Christmas Stray.” She starred as the feisty “Lizzie Sutton” in the award-winning cable series “Lincoln Heights”; and in the cable telefilm “Surviving Compton: Dre, Suge, and Michel’le,” in which she portrayed R&B singer Michel'le. Brown is an alumnus of University of Southern California’s School of Cinematic Arts.