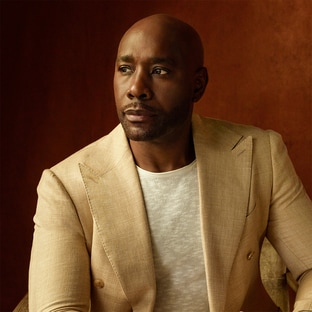 Morris Chestnut has had critical and commercial success as a film and television star for more than two decades. He is best known for his memorable roles in films, such as “Boyz In The Hood,” “The Brothers,” “The Perfect Holiday,” “Think Like A Man” and the commercially and critically acclaimed “The Best Man,” as well as its successful sequel, “The Best Man Holiday.” Chestnut received an NAACP Image Award nomination in the category of Outstanding Actor in a Motion Picture for his performance as “Lance Sullivan” in “The Best Man Holiday.” Chestnut currently is preparing to reprise this role in the limited series “The Best Man: The Final Chapters.”

He currently stars in FOX’s THE RESIDENT as “Dr. Barrett Cain,” an intimidating neurosurgeon who believes himself to be a superman physician, capable of curing crippling diseases.

Immediately prior, Chestnut starred in the network drama series “The Enemy Within.” For his performance as “Dr. Beaumont Rosewood Jr.” on “Rosewood,” Chestnut received his fourth NAACP Image Award nomination in the category of Outstanding Actor in a Drama Series.

Chestnut’s most recent films include “When the Bough Breaks,” “The Perfect Guy” and the heist thriller “Bus 657,” opposite Robert De Niro.

He starred opposite Halle Berry in “The Call,” which became a surprise critical and commercial success. That same year, he also starred in summer action film “Kick Ass 2,” opposite Jim Carrey and Chloe Grace Moretz; and comedy “Identity Thief,” opposite Melissa McCarthy.

His television credits include memorable roles on “Legends,” opposite Sean Bean; “American Horror Story”; “Goliath,” opposite Billy Bob Thornton; and critically acclaimed series “Nurse Jackie,” which earned him the 2014 NAACP Image Award in the category of Outstanding Supporting Actor in a Comedy Series for his performance as “Dr. Prentiss.”