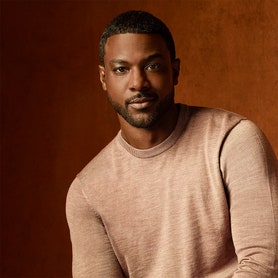 Lance Gross is an accomplished actor, producer and photographer. He most recently was seen in the role of “Lincoln” on “Hawaii 5-0.” He was a series regular on “Star,” as “Maurice Jetter,” while also recurring as “Billy Colton” on “MacGyver.” Additionally, he recently was seen in Nicolas Winding Refn’s film, “Too Old To Die Young,” starring Miles Teller.

Previously, Gross was a series regular on “Sleepy Hollow,” opposite Nichole Beharie; and the lead on the network drama “Crisis,” opposite Dermot Mulroney, Gillian Anderson and Rachael Taylor.

He won four NAACP Image Awards for Outstanding Supporting Actor in a Comedy Series for his role on “Tyler Perry’s House of Payne.”

Gross also is the creator, producer and star of the digital series “I Turned My Camera On,” which combines his love of photography with a series of celebrity interviews. The first season featured Michael B. Jordan, Omari Hardwick and Kelly Rowland, among others.