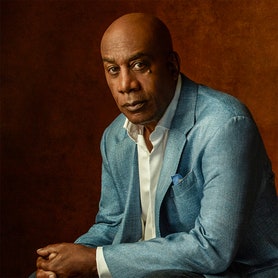 Emmy Award-winning film, television and stage veteran Joe Morton is best known for his dynamic role as “Rowan Pope” in Shonda Rhimes’ groundbreaking network series, “Scandal.” He recently starred as “Reverend Arthur Finer” on the network series “God Friended Me” and recurred on “The Politician.” He also recurred on “Grace & Frankie.” Previously, Morton appeared in the DC superhero films “Batman V. Superman” and “Justice League,” as well as “Godzilla.” He is known for his iconic roles in films “The Brother From Another Planet,” “Terminator 2: Judgement Day” and “Speed 2,” among many others. Morton made his Broadway debut in the Tony Award-winning musical “Hair,” followed by his starring role in “Raisin,” for which he garnered a Tony Award nomination and Theatre World Award. In 2016, he returned to his theater roots, portraying the iconic comedian Dick Gregory in the one-man, Off-Broadway show “Turn Me Loose” and was honored with the NAACP Theatre Lifetime Achievement Award. He reprised his role in “Turn Me Loose” at The Wallis-Annenberg Center for the Performing Arts in fall 2017.