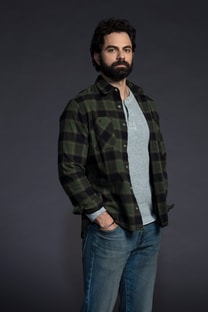 Gerardo Celasco is a Salvadoran actor who can next be seen in the streaming series "Swimming With Sharks," opposite Diane Kruger and Kiernan Shipka, based on the film of the same name. He was recently seen playing “Xavier Castillo” in a splashy arc on Shonda Rhimes’ popular drama, “How to Get Away with Murder.” Celasco’s film credits include Bennett Miller and Aaron Sorkin’s Academy Award-nominated “Moneyball” and Peter Berg’s blockbuster, “Battleship.” His other television credits include arcs on the Ron Perlman streaming series “Startup,” FOX’s “Bones” and Tyler Perry’s “The Haves and the Have Nots.” He also has appeared on “S.W.A.T.,” “Person of Interest,” “Rizzoli & Isles” and “Heroes.” Originally born in Miami, FL, Celasco was raised in El Salvador and is a graduate of Southern Methodist University with a B.A. in Finance.