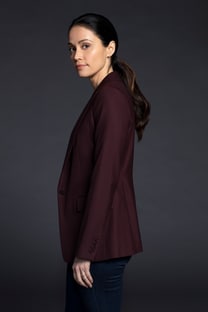 Fernanda Andrade recently was seen recurring on the cable series “Here and Now,” from Academy Award winner Alan Ball; and streaming series “The First,” from Emmy and Academy Award-nominated Beau Willimon. She also had recurring roles on “NCIS: Los Angeles,” hit cable show “Sons of Anarchy” and network series “The Widow.” Additional television credits include the cable miniseries “Fallen,” with Paul Wesley; and the cable biopic “For Love or Country: The Arturo Sandoval Story.” On film, she is best known for her lead role in “The Devil Inside.” She also can be seen in the independent feature film “Lying and Stealing,” opposite Theo James and Emily Ratajkowski.