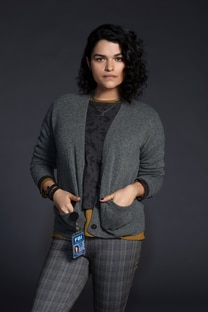 Eve Harlow’s career began in Canada, where her love for film and theater was encouraged by her mother, who herself had been an actor in Moscow. She pursued acting and, by the age of 19, had won a Leo Award and been nominated for Best Supporting Actress in a Dramatic Series at the Canadian Screen Awards (formerly known as the Geminis). Harlow ‘s credits include “The 100”; “Heroes: Reborn”; “Marvel’s Agents of S.H.I.E.L.D.”; and “Instant Family.”