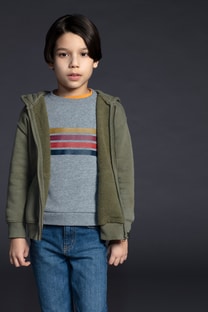 Evan Whitten made his television debut on FOX’s THE RESIDENT, a role in which he was awarded a Young Actors Academy Award. He soon after starred as a younger version of Rami Malek’s lead character in “Mr. Robot.” Other television credits include “Penny Dreadful: City of Angels,” “The Rookie,” “Nicky, Ricky, Dicky & Dawn” and “Dino Dana.” Whitten can currently be seen in the feature “Words on Bathroom Walls.” He previously appeared in “Destroyer,” opposite Nicole Kidman. He appears opposite Kate Hudson in the upcoming film “Mona Lisa and the Blood Moon.”