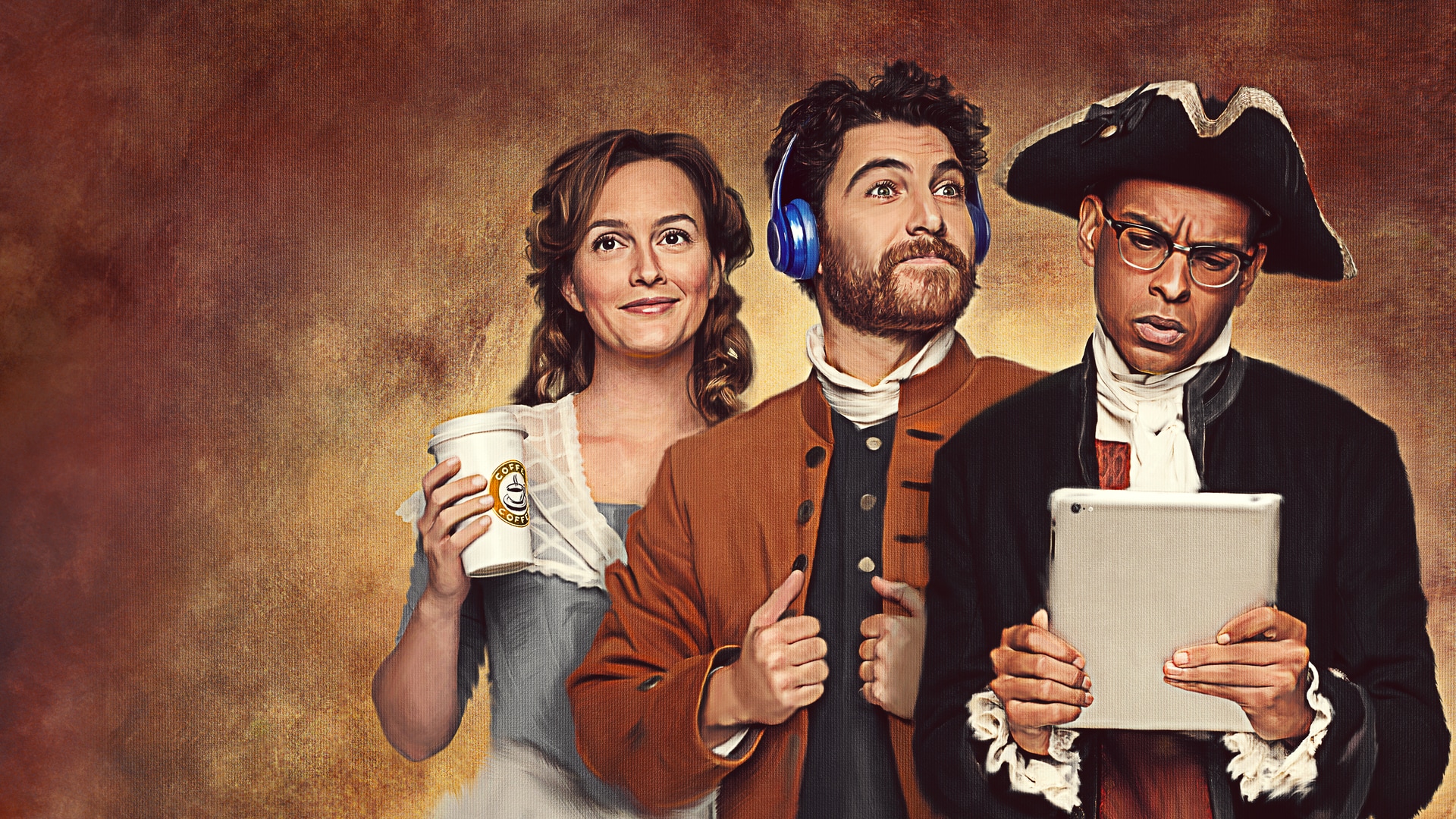 Produced by Phil Lord and Christopher Miller (The LEGO Movie, 21 Jump Street), and created and written by Julius “Goldy” Sharpe (Family Guy, The Grinder), Making History followed three friends from two different centuries as they tried to balance the thrill of time travel with the mundane concerns of their present-day lives. It was a rollicking historical adventure and a contemporary comedy about love, friendship and trying to fit in to an increasingly complex and impersonal world. The series aired for one season on FOX in 2017.

Dan (Adam Pally, The Mindy Project, Happy Endings), a facilities manager at a small Massachusetts college, recently discovered time travel and has been transporting himself back to the 1700s to spend time with the colonial woman for whom he’s fallen. In the present, Dan is misunderstood by all, and anxious that life is passing him by. But by claiming song lyrics, lines from movies and stand-up bits as his own in the 18th century, he’s absolutely hilarious – he gets the girl and makes friends.

But Dan’s actions in the past are messing up the present. That woman he’s dating is not just any woman. She’s Paul Revere’s daughter, Deborah (Leighton Meester, Gossip Girl), and Dan’s meddling causes her father to delay his famous ride, which may have altered the outcome of the entire American Revolution.

To set matters right, Dan enlists the help of a brilliant, polished and popular history professor at the college, Chris (Yassir Lester, Girls, Key & Peele), who’s now given the incredible opportunity to actually live the history he teaches.

Can Dan, Chris and Deborah save America as we know it? Can a woman from 1775 adapt to life in 2017? Can the three intrepid time travelers improve the past, help the helpless, fight for justice and find true love and friendship?