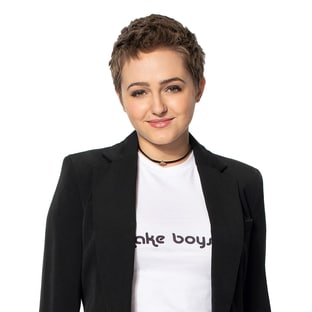 In 2015, Sophie Reynolds booked her first series regular role on “Gamer’s Guide to Pretty Much Everything.” Reynolds quickly gained popularity as fan-favorite tomboy “Ashley,” opposite Cameron Boyce. She then went on to star opposite Corey Fogelmanis, Morgan Fairchild and Danny Trejo in the 2016 adaptation of R.L. Stein’s original novel, “Mostly Ghostly 3: One Night in Doom House.” In 2017, Reynolds starred in the teen dramedy “Youth & Consequences.” The series was created by and starred YouTube sensation Anna Akana.