Back to Game of Talents 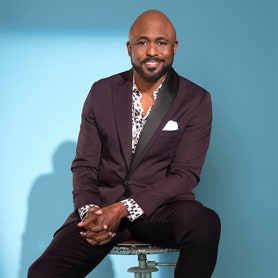 A five-time Emmy Award winner and a Grammy Award nominee, Wayne Brady has made his mark on stage and screen as an actor, singer, dancer, songwriter and television personality. Beyond that, he’s set out to create new content across different platforms that showcase innovation and inclusivity under his Makin’ It Up Productions banner.

During the 2019-2020 TV season, Brady was featured in five wildly different series (“Let’s Make A Deal,” THE MASKED SINGER, “Whose Line Is It Anyway,” “Black Lightning” and “Comedy IQ”), three of which he also co-created and executive-produced. Additionally, he hosted award- winning daytime talk show “The Wayne Brady Show” from 2001-2004.

Long an accomplished singer and performer, Brady won the second season of THE MASKED SINGER. Following his victory, Brady dropped a brand-new original single, entitled “Flirtin’ w/ Forever.” The single built on the success of his debut album, which earned him a Grammy Award nomination in the Best Traditional R&B Vocal Performance category. Brady will release new music this year, centered around re-imagining the stylistic sounds of the Rat Pack, merged with the 1960s and today’s current up-tempo production.