Back to Flirty Dancing 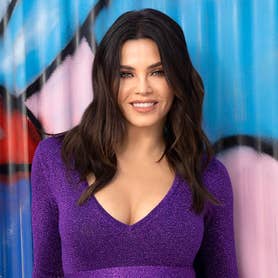 Multi-hyphenate artist Jenna Dewan is an accomplished dancer, actress, author and host. Dewan currently can be seen in the scripted musical drama streaming series “Soundtrack,” and she recently starred in the film “The Wedding Year” and the anthology film “Berlin, I Love You.”

Her first book, “Gracefully You,” was released in October 2019. She was featured on FOX’s medical drama, THE RESIDENT, and served as host of the competition series “World of Dance.” Additional television credits include “Supergirl,” “Witches of East End” and “American Horror Story: Asylum.”

Dewan first captivated audiences as the lead in the dance film “Step Up.” Additional film credits include “Setup,” opposite Bruce Willis; “10 Years”; “American Virgin”; “The Six Wives of Henry Lefay”; and “Take the Lead.”

In June 2017, Dewan founded Everheart Productions, with a focus on producing female-centric stories for film, television and digital platforms. She also is an advocate for animal rights, supporting the efforts of numerous philanthropic organizations, including People for the Ethical Treatment of Animals and Southern California’s The Gentle Barn.