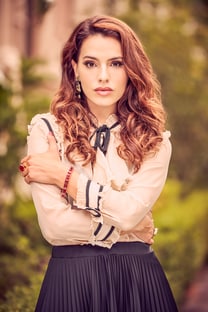 Melia Kreiling was first seen in the series “The Borgias,” alongside Jeremy Irons. She next appeared in “The Bible” miniseries, and her first major movie role was in “Guardians of the Galaxy.” She starred as “Daliyah” in cable’s “Tyrant.” Additional credits include the network drama “Salvation,” and the streaming series “The Last Tycoon.”