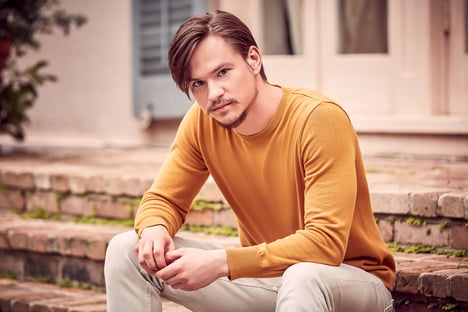 Mark L. Young got his start in acting more than 20 years ago. He fell in love with performing at a young age, when he was cast in Seattle Opera's production of Puccini’s “Tosca.” Over the years, Young has been cast in memorable roles in both television and film. He appeared in “We’re the Millers,” opposite Jason Sudeikis and Jennifer Aniston. Other feature credits include “Daddy’s Home” and “Sex Drive.” On television, he played the stand-out character “Tyler Beck,” Lisa Kudrow’s dim-witted nephew, on “The Comeback.” Other notable TV credits include “Dexter” and “10 Days in the Valley.”