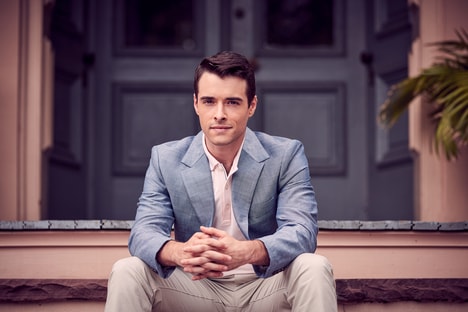 A graduate of Carnegie Mellon School of Drama, Corey Cott has spent much of the last decade establishing himself on both stage and screen. He received critical acclaim for his performance in the Tony Award-winning musical “Bandstand.” Additional theater credits include “Newsies,” in which he made his Broadway debut as “Jack Kelly”; and the Broadway revival of “Gigi.” Cott portrayed writer Townsend Martin in the streaming series “Z: The Beginning of Everything,” about the life of Zelda Fitzgerald. In the U.K., he co-starred in the miniseries “My Mother and Other Strangers.” Additional television credits include a recurring role on “The Good Fight,” and an appearance in the streaming pilot “The Interestings.” A native of Chagrin Falls, OH, Cott starred in Francesca Zambello’s production of “West Side Story” at Chicago’s Lyric Theater, and performed in concert with the National Symphony Orchestra at The Kennedy Center, conducted by Steven Reineke. He recently made his Carnegie Hall debut, singing with The New York Pops.