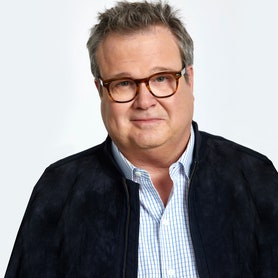 Stonestreet, born and raised in Kansas City, was introduced to acting after a friend dared him to audition for the play “Prelude to a Kiss,” while he was studying at Kansas State University. After graduating with a degree in Sociology, he moved to Chicago to study and perform theater and improv, spending two years doing television commercials and studying with Improv Olympic Chicago (alumni include Amy Poehler, Mike Meyers and Chris Farley, among others) and The Second City (alumni include Steve Carell, Tina Fey and Stephen Colbert, among others), before moving farther west. While Stonestreet continued doing commercial work, he built an impressive resume of memorable characters on television shows, including “Dharma & Greg,” “Malcolm in the Middle,” “Party of Five,” “Spin City,” “ER,” “The West Wing,” “American Dad,” “Providence,” “Close to Home,” “Crossing Jordan” and “Bones.”

Additional television credits include hosting the toy competition series “The Toy Box” in 2018 and appearing in the 2016 Primetime Emmy Award-nominated television movie “Confirmation.” Stonestreet shined in a recurring role as “Ronnie Litre,” the questionable documents technician, on the original “CSI” and was a series regular on the FOX pilot “13 Graves.” He also guest-starred in “The Mentalist,” “N.C.I.S.,” “Pushing Daisies” and “Nip/Tuck.”

On the big screen, Stonestreet starred in “The Secret Life of Pets 2,” the highly anticipated sequel to the 2016 box office hit. He returned to voice the character of “Duke,” starring alongside Kevin Hart and Harrison Ford. Previously, Stonestreet played “Sheldon,” the hotel desk clerk in Cameron Crowe’s “Almost Famous.” In 2003, he starred in the cult classic “Girls Will Be Girls,” which was an official selection of the Sundance Film Festival that year.

In 2010, Stonestreet was named an ambassador for “Stand Up to Cancer,” a charity organization aiming to raise awareness and bring about an understanding that everyone is connected by cancer.  Stonestreet continues to be involved in the initiative.