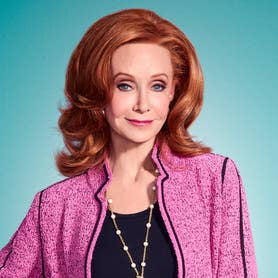 A two-time Tony Award and Emmy Award winner, Swoosie Kurtz has a total of ten Emmy nominations, a Golden Globe nomination and a SAG Award nomination for her work on television. Her TV credits include “The Dangerous Book for Boys,” “Man with a Plan,” “Lethal Weapon,” “Mike & Molly,” “Grace and Frankie,” “Nurse Jackie,” “American Dad,” “Pushing Daisies,” “Huff,” “Desperate Housewives,” “Heroes,” “Law & Order: SVU,” “Lost,” “ER,” “Sisters” and “Love, Sidney,” as well as TV movies “And the Band Played On” and “The Positively True Adventures of the Alleged Texas Cheerleader-Murdering Mom.”

On Broadway, Kurtz has won Tony Awards for her performances in “The House of Blue Leaves” and “Fifth of July,” as well as nominations for her roles in “Heartbreak House,” “Frozen” and “Tartuffe.” Her work on Broadway and Off-Broadway, including “Imaginary Friends,” “The Mineola Twins,” “Six Degrees of Separation,” “Lips Together, Teeth Apart,” “A History of the American Film” and “Uncommon Women & Others,” has earned her Obie, Drama Desk and Outer Critic Circle Awards.

Kurtz attended the University of Southern California and the London Academy of Music and Dramatic Art. Her distinctive name comes from the B-17, “The Swoose.” The airplane, with its record-setting fame, was flown by her father, Col. Frank Kurtz, who was the most decorated Air Force pilot of World War II. She is the author of her autobiography, “Part Swan, Part Goose.”