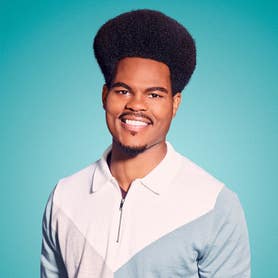 Julian Gant is an actor and improviser from Detroit, MI, with a B.A. in radio and television production. His recent TV credits include appearances on the network comedy “Superior Donuts” and David Spade’s “Fameless,” as well as a recurring role on “Good Girls.” Equity theater credits include shows at Performance Network, Williamston Theater and The Purple Rose Theater Company in Michigan. Gant has appeared in the films “Real Steel” and “Love and Honor,” as well as the TV series “House of Lies” and “Key & Peele.” He also has acted alongside David Koechner and Jay Leno in comedy sketches for “Funny or Die.” Gant is a Main Company member at The Groundlings.