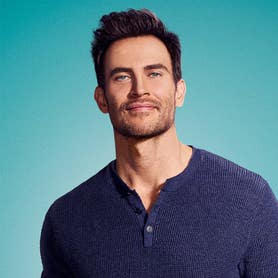 Cheyenne Jackson is a Grammy Award-nominated actor, singer and songwriter, who most recently was seen starring in the four-part LGBTQ+ docuseries “Equal,” the “Saved by the Bell” reboot and Kenny Ortega’s hit series, “Julie and the Phantoms.”

Jackson previously collaborated with Kenny Ortega for the film “Descendants 3,” and has appeared in numerous other films, including the 2006 Academy Award-nominated “United 93,” “Behind the Candelabra,” “The Green,” “Price Check,” “Lola Versus,” “Love is Strange,” “Six Dance Lessons in Six Weeks,” “Mutual Friends,” “Opening Night,” “Beautiful Now,” “Day Out of Days” and “Hello Again.” He also will appear in the forthcoming feature “Werewolves Within.”

On and Off-Broadway, Jackson has starred in “The Performers,” “The Most Happy Fella,” “8,” “Finian’s Rainbow,” “Damn Yankees,” “Xanadu,” “The Agony and the Agony” and “All Shook Up.” Additionally, he was part of the premiere cast of “Altar Boyz,” “Aida,” “Thoroughly Modern Millie,” “On the 20th Century” and “The 24 Hour Plays.”