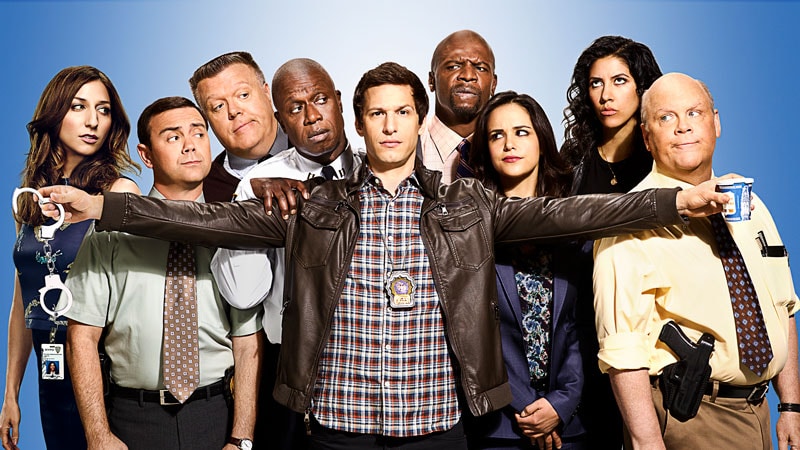 BROOKLYN NINE-NINE is produced by Universal Television, 3 Arts Entertainment, Fremulon and Dr. Goor Productions. The series was created by Dan Goor and Michael Schur. The series is executive-produced by Goor, Schur, David Miner and Luke Del Tredici. “Like” BROOKLYN NINE-NINE on Facebook at facebook.com/BrooklynNineNine. Follow the series on Twitter @Brooklyn99FOX and join the discussion using #brooklyn99. See photos and videos on Instagram by following @Brooklyn99FOX.