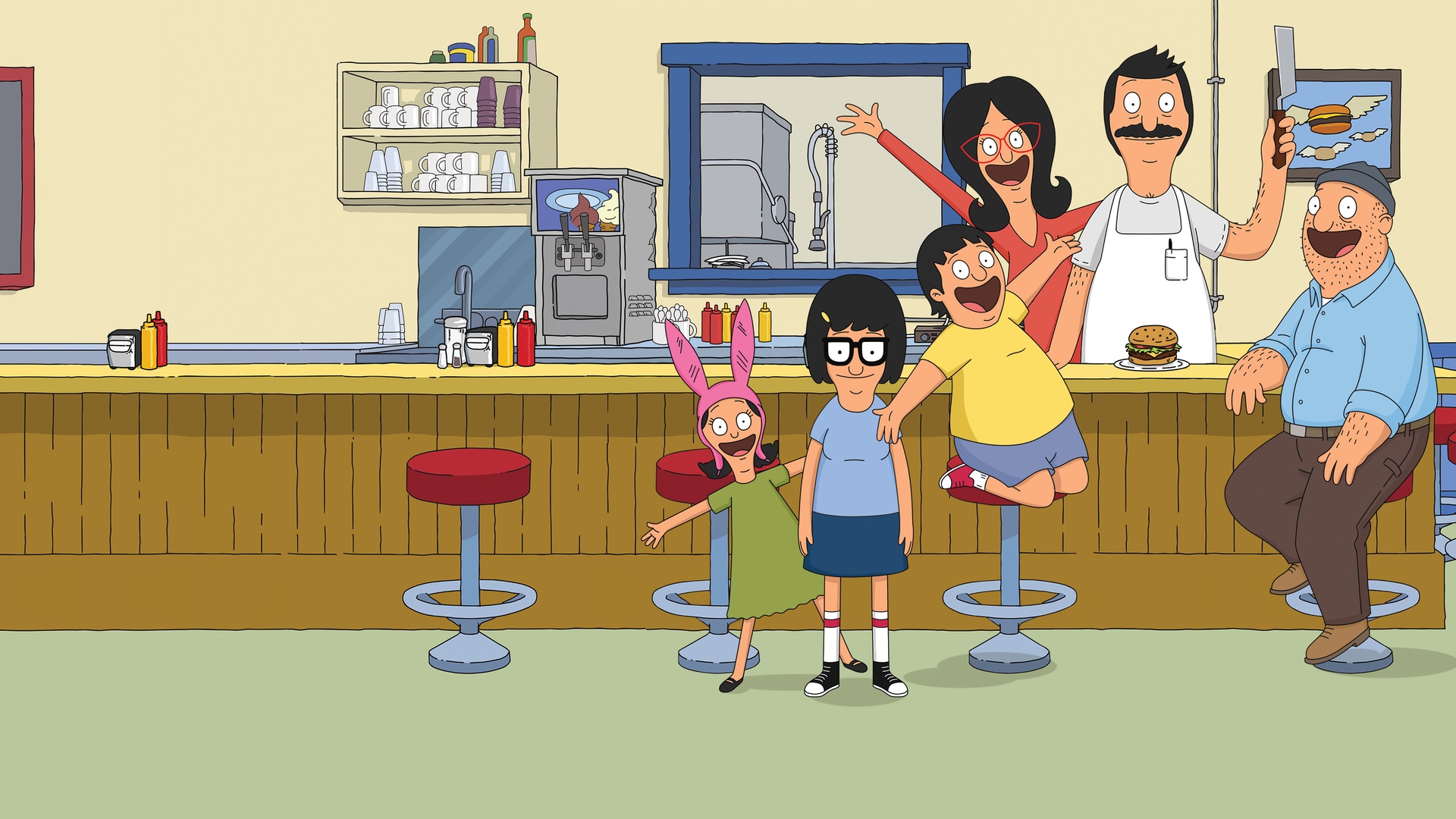 HOW TO ENTER: To participate in the Promotion, each entrant (“Entrant”) must have a Twitter account and become a follower of @BobsBurgersFOX.  If you already have a Twitter account, log on using your Twitter user name and password, then become a follower of @BobsBurgersFOX by searching for “BobsBurgersFOX,” clicking on the @BobsBurgersFOX icon and then clicking the "Follow" button.  If you do not already have a Twitter account, create a Twitter account according to the instructions on Twitter.com and follow @BobsBurgersFOX as indicated above. Please note that you must agree to comply with the Twitter Terms of Use in order to create a Twitter account.  After the start of each applicable Entry Period, Sponsor will tweet a call to action from its Twitter handle @BobsBurgersFOX (the “Tweet”).  The first five (5) entrants to follow @BobsBurgersFOX on Twitter and retweet the Tweet (the “Entry”) will receive a prize (the “Prize”) selected by Sponsor.  Limit one (1) Prize per person, even if the person posts an Entry more than once.  In the event of a tie, the tied persons will be provided with a tie-breaking process as determined by Sponsor in its sole discretion.  Sponsor shall determine what constitutes an eligible Entry for purposes of the Promotion and reserves the right to disqualify any entry for any reason in its sole discretion. Proof of retweeting the Tweet is not considered proof of delivery to or receipt by Sponsor of the Entry.  The Twitter database clock will be the timekeeper for purposes of this Promotion.  Retweeting the Tweet constitutes your unconditional consent to these Terms and Conditions. By submitting your Entry and/or using any Hashtag provided by Sponsor in connection with your post, you are acknowledging and agreeing that Sponsor has the right to stream your post through the Instagram and/or Twitter and/or Facebook API or otherwise use your post as set forth in its online Terms and Conditions, located at http://www.fox.com/terms.php. The potential Prize recipients will be notified via their Twitter account and required to respond to the notification within twenty four (24) hours of first attempted notification.  The failure to respond timely to the notification may result in forfeiture of the Prize and Sponsor may award the Prize to the next entrant who posted an eligible Entry.  Time will be of the essence in awarding the Prize.

PRIZE: During each Entry Period, five (5) winners will each receive one (1) item of Program swag, as determined by Sponsor in its sole discretion. The approximate retail value (“ARV”) of each Prize is $20. The total ARV of all Prizes is $300.

ELIGIBILITY / PRIZE CONDITIONS: The Promotion is open only to legal residents of the fifty (50) United States and Washington, D.C., who are physically located and residing therein (excluding Guam, Puerto Rico and all other U.S. territories and possessions).  Each entrant must be at least eighteen (18) years of age at the time of entry.  Each entrant must be the rightful owner (or have authorized use) of the Twitter account identified with the entrant’s entry.  Entries must NOT contain subject matter which is, in the sole discretion of Sponsor, sexually explicit, obscene, pornographic, violent, (e.g., relating to murder, the sales of weapons, cruelty, abuse, etc.), discriminatory (based on race, sex, religion, natural origin, physical disability, sexual orientation or age), illegal (e.g. underage drinking, substance abuse, computer hacking, etc.), offensive, threatening, profane, or harassing. Entries must NOT include any 3rd party trademarks, logos or slogans. Entries may not contain any derogatory references to Sponsor, Program, Twitter, Twenty-First Century Fox, Inc., Fox Television Group, Fox Entertainment Group, LLC, Fox Networks Group, Inc., and/or Twentieth Century Fox Television, a unit of Twentieth Century Fox Film Corporation (“Released Parties”). All Prize details are at the sole discretion of Sponsor.  If the Prize cannot be awarded due to circumstances beyond the control of Sponsor, a substitute prize of equal or greater value may be awarded.

LIABILITY RELEASE: Sponsor (A) shall not be responsible or liable for, and is hereby released from, any and all costs, injuries, losses or damages of any kind, including, without limitation, death and bodily injury, due in whole or in part, directly or indirectly, to participation in the Promotion or from entrants’ acceptance, receipt, possession and/or use or misuse of the Prize, and (B) has not made any warranty, representation or guarantee express or implied, in fact or in law, with respect to the Prize, including, without limitation, to such Prize’s quality or fitness for a particular purpose. Entrant agrees to release the Released Parties and all entities involved in the production, sponsorship and/or promotion of the Prize or Sponsor’s programming, or any part thereof, and each of their respective parent, subsidiary and affiliated companies, units and sponsors, divisions and advertising and promotional agencies and Prize suppliers and all entities involved in the production, sponsorship and/or promotion of the Prize, or any part thereof, including, without limitation, the producers of Sponsor’s programs; each of their respective officers, directors, agents, representatives and employees; and each of these companies and individuals' respective successors, representatives and assigns from any and all actions, claims, injury, loss or damage arising in any manner, directly or indirectly, from participation in this Promotion and/or acceptance or use of the Prize.

DISPUTES: This Promotion is governed by the laws of the United States and the State of California, without respect to any choice of law or conflict of law principles that would result in the application of any law other than that of California.  As a condition of participating in this Promotion, Entrants agree that any and all disputes which cannot be resolved between the parties, and causes of action arising out of or in connection with this Promotion, shall be resolved individually through binding arbitration, without resort to any form of class action, in accordance with the arbitration provision set forth below.

ARBITRATION PROVISION:  By participating in this Promotion, each entrant agrees that any and all disputes the entrant may have with, or claims entrant may have against, the Sponsor relating to, arising out of or connected in any way with (i) the Promotion, (ii) the awarding or redemption of any prize, and/or (iii) the determination of the scope or applicability of this agreement to arbitrate, will be resolved individually and exclusively by final and binding arbitration administered by the National Arbitration Forum (the “Forum”) and conducted before a sole arbitrator pursuant to the Code of Procedure established by the Forum.  The arbitration shall be held at a location determined by the Forum pursuant to the Code of Procedure, or at such other location as may be mutually agreed upon by the participant and Sponsor.  The arbitrator’s decision shall be controlled by the terms and conditions of these Terms and Conditions and any of the other agreements referenced herein that the applicable participant may have entered into in connection with the Promotion.  There shall be no authority for any claims to be arbitrated on a class or representative basis; arbitration can decide only the participant’s and/or Sponsor’s individual claims and the arbitrator may not consolidate or join the claims of other persons or parties who may be similarly situated.  The arbitrator shall not have the power to award special or punitive damages against the participant or Sponsor.  For more information on the Forum and/or the Forum's Code of Procedure, please visit their website at www.arb-forum.com.  If any part of this Arbitration Provision is deemed to be invalid or otherwise unenforceable or illegal, the balance of this Arbitration Provision shall remain in effect and shall be construed in accordance with its terms as if the invalid or illegal provision were not contained herein.

PRIVACY POLICY: Any personal information supplied by you to Sponsor will be subject to Sponsor's privacy policy posted at http://www.fox.com/policy. By entering the Promotion, you grant Sponsor third party application providers and other vendors permission to share your email address and any other personal information with for the purpose of administration and prize fulfillment.