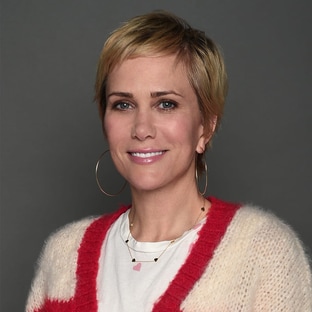 From her breakout performances on “Saturday Night Live” to the Academy Award-nominated film “Bridesmaids,” Kristen Wiig has become a formidable voice – not only as an actor, but as a writer and producer in the television and film industry. She has been nominated for eight Emmy Awards, two Screen Actors Guild Awards, a Golden Globe Award and received an Academy Award nomination for co-writing “Bridesmaids.”

Wiig will star alongside Gal Gadot in the Patty Jenkins’ “Wonder Woman 1984.” The film will mark Wiig’s launch into the “Wonder Woman” universe as “Barbara Ann Minerva/Cheetah” and will be released in June 2020. Wiig also currently is in production on the Josh Greenbaum-directed comedy “Barb and Star Go to Vista Del Mar,” which she co- wrote and produced with Gloria Sanchez Productions’ Jessica Elbaum, Will Ferrell and Adam McKay. She will star alongside Annie Mumolo, when the film debuts next year. Wiig currently stars in Richard Linklater's “Where’d You Go, Bernadette,” alongside Cate Blanchett.

Some of Wiig's most memorable television performances include her portrayal of “Pamela Brinton” in two seasons of FOX’s Emmy-nominated comedy series “The Last Man on Earth”; her portrayal of “Courtney” in the remake “Wet Hot American Summer: First Day Of Camp” and “Wet Hot American Summer: Ten Years Later”; and her role in the Will Ferrell produced series, “The Spoils Of Babylon,” for which she received Emmy and SAG nominations. She also has had guest roles on “30 Rock,” “Bored to Death,” “Arrested Development,” “Drunk History,” “Flight of the Conchords” and “Portlandia.”

Wiig's extensive voice-over work has been featured in some of the most successful animated films, including her role as “Lucy” in the “Despicable Me” franchise; as “Ruffnut” in the “How To Train Your Dragon” franchise; and as “Brenda” in “Sausage Party.” Other voice acting credits include roles on various animated television series, such as “Big Mouth”; “The Simpsons”; “The Looney Toons Show,” for which Wiig received an Emmy nomination; and the Academy Award-nominated film “Her.” Wiig's varied performances in independent films have included some of her most lauded work, including starring opposite Bill Hader in Craig Johnson’s critically acclaimed “The Skeleton Twins”; Sebastian Silva's “Nasty Baby”; the critically acclaimed drama “The Diary of a Teenage Girl”; and “Welcome To Me,” directed by Shira Piven and produced by Wiig and Gary Sanchez productions.

In 2012, Wiig finished her seventh and final season as a cast member on the revered show “Saturday Night Live.” During her time on “SNL,” Wiig received four Emmy Award nominations for Outstanding Supporting Actress in a Comedy Series, playing such memorable characters as the “Target Lady,” Lawrence Welk singer “Doonese,” the irritating one-upper “Penelope,” House Speaker Nancy Pelosi, and Suze Orman. In 2013, Wiig also was nominated for Outstanding Guest Actress in a Comedy Series, for her return as a host on the show.

In 2011, Wiig co-wrote, produced and starred in “Bridesmaids,” co-written with Annie Mumolo, for which they were nominated for an Academy Award, a Writers Guild of America Award, and a BAFTA Award for Best Original Screenplay. Wiig was also nominated for a Golden Globe for “Lead Actress in a Comedy or Musical,” along with the film being nominated for a Golden Globe for “Best Motion Picture – Comedy or Musical.” Additionally, “Bridesmaids” received a SAG nomination for Outstanding Performance by a Cast in a Motion Picture.

A native of Rochester, NY, Wiig began her career as a main company member of the Los Angeles-based improvisational and sketch comedy group The Groundlings.