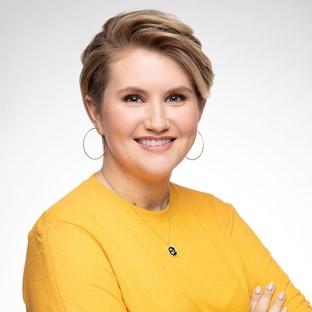 With her versatility in writing and acting, Jillian Bell has quickly established herself as a leading force in both the film and television space. Bell stars in the independent feature “Brittany Runs a Marathon,” which she also executive-produced. The film won the U.S. Dramatic Audience Award at Sundance 2019. Bell also joined the cast of “Bill & Ted Face The Music,” in which she will play Dr. Taylor Woods, the families’ couples therapist.

Additionally, Bell can be seen in the Lynn Shelton-directed independent film “Sword of Trust,” that premiered this July, as well as Charlie Day’s upcoming film, “El Tonto,” opposite John Malkovich, Adrien Brody and Kate Beckinsale. She also recently sold and is set to star in an upcoming remake of the film “Splash.”

Additional feature credits include “Rough Night,” opposite Scarlett Johannsson and Kate McKinnon; “Fist Fight,” opposite Charlie Day and Ice Cube; “Office Christmas Party,” opposite Jason Bateman and Jennifer Aniston; “Goosebumps”; “The Night Before”; Paul Thomas Anderson’s “Inherent Vice” and “The Master”; and her breakout role in “22 Jump Street,” opposite Jonah Hill and Channing Tatum. On TV, Bell was last seen as the star and co-creator of the hit comedy series “Idiotsitter.”

Other TV credits include “Workaholics,” “Eastbound & Down,” “Portlandia,” “Partners” and “Curb Your Enthusiasm.” Some of her notable voiceover credits include FOX’s BOB’S BURGERS, “Supermansion” and “Green Eggs & Ham.”