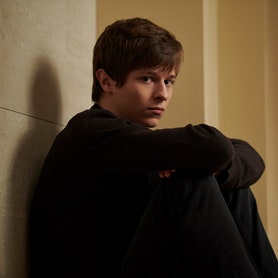 Graham Verchere has been a Vancouver-based actor since his pre-teens. His first performances were long runs in professional musical theatre and he has since worked steadily in film and television projects locally and internationally.

As highlights, Verchere starred as co-lead in the well-loved streaming adaptation of Jerry Spinelli’s novel “Stargirl,” opposite Grace Vanderwaal. He also led the 2018 Sundance Film Festival selection “Summer of 84,” which still maintains significant buzz in the horror community. Prior to that, he played recurring roles in the award-nominated and acclaimed limited series “Fargo,” opposite Ewan McGregor and Carrie Coon, and a critically praised role as “young Shaun Murphy” in “The Good Doctor.” In 2020, he filmed substantive roles on “Supergirl” and “Two-Sentence Horror stories.”